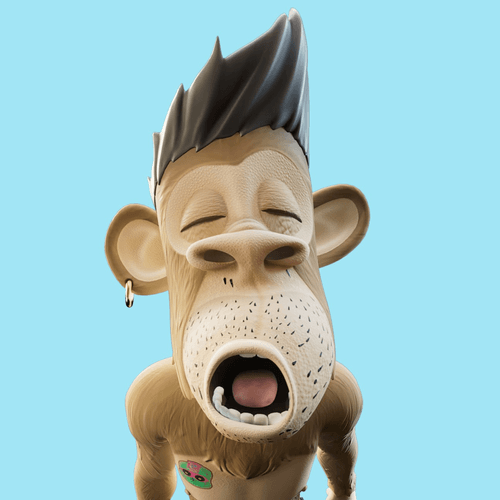 Shilly, aka BAYC #6722, is the world's first Community Produced Recording Artist, a digital performer powered by a community of musicians, storytellers, and die-hard fans.

Shilly Access Passes are the only way into this new kind of Web3 music community. One where the earliest supporters are not just fans, but also collaborators who can co-write music with Shilly’s band, license their NFTs to be part of Shilly’s story and content, and have a say on everything from which songs he drops to what tattoos he rocks to whether he should have a tabloid romance with Courtney Cox.

In collaboration with Probably A Label and Warner Records. Powered by VolDAO. Access Pass art by AlexMarks3D.

▶ What is a ShiIIy General Admission Pass?

ShiIIy General Admission Pass is a NFT (Non-fungible token) collection. A collection of digital artwork stored on the blockchain.

▶ What was the most expensive ShiIIy General Admission Pass sale?

▶ How many ShiIIy General Admission Pass were sold recently?

There were 1 ShiIIy General Admission Pass NFTs sold in the last 30 days.