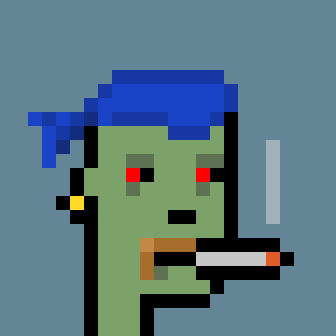 The CryptoPunks are the first NFT. A fixed set of 10,000, they were launched in mid-2017 and became one of the inspirations for the ERC-721 standard. They have been featured in places like The New York Times, Christie’s of London, Art|Basel Miami, and The PBS NewsHour.